Play It GIF from Play GIFs

This morning, one of our suppliers blew it.

And I mean never.

Admittedly, we haven’t used their services in a few years, but the last message I had from them was a personal email in response to a query – in 2014.

At the start of this month, I got an email out of the blue.

Fair enough… they should have sent something sooner, but it’s ok for them to keep in touch from time to time – and I don’t mind that.

They dropped the ball slightly though, by writing to me as if I’ve never bought anything from them – ie, they didn’t separate their list into groups – they just sent a one-size-fits-all message to their whole list. It’d be like you writing to cat owners about products for dogs, or trying to convince healthcare plan members of the benefits of preventative healthcare.

A week later, I got another email. More or less the same content as the previous message. This time, they were offering their ‘Agency Partner Package.’ As far as I can tell, that’s the service we already bought from them in the past.

Week three – another email; nothing new to say.

And then today, email number 4 – the fourth in the space of four weeks after having had nothing for four years.

So I unsubscribed – and now they’ve lost me.

Where did they go wrong?

Even having never sent a marketing message before, they could have sent just one, this month, with an unsubscribe link.

I wouldn’t have unsubscribed.

In a month or so, send me another message – but make it relevant and interesting. In their case, maybe a case study that’s related to the work they’ve done for us before.

In your case, tips on how your client can keep their dog/cat/rabbit in good health.

A link to a video on how to remove ticks.

Anything that will interest them – just don’t bore people into unsubscribing.

So in the next few weeks (and beyond), please – play it cool, Trig.

Don’t blast clients with unnecessary messages, or you’ll see them disappearing from view like Del Boy falling behind the bar – only they might not reappear.

Get your free GDPR (for vets) coffee break guide: This guide explains what exactly needs to be done about consent when communicating with clients and how to stay on the right side of new rules.
Click Here

Communicating effectively with your customers is not easy

7 non-negotiable reasons why a vet practice website is vital 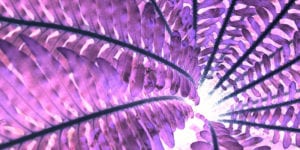 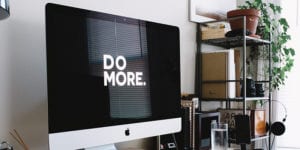 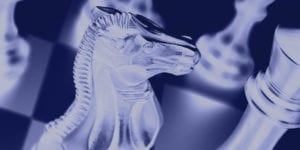 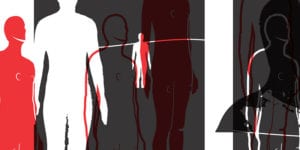